“I never finished high school. I got in trouble a lot and was in and out of jail and only made it through 11th grade. I knew that I needed to make a change in my life.” Since those troubled days, White-river resident and Native American Vaughn Willeto, now age 27, has transformed his life through NPC’s Integrated Education and Training (IET) pro-gram. IET fast-tracks disadvantaged youth and adults in Navajo and Apache counties to career success through GED® (General Education Diploma) preparation and training in construction skills. 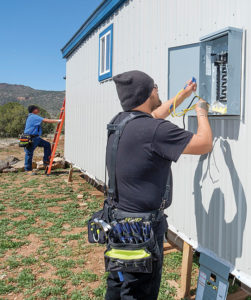 IET is providing a fresh start in life for Willeto and his fellow students. Working together since last August, they built a tiny home that will be used to house NPC police academy cadets in Taylor. They’ve learned all the valuable skills that go into home construction, solid skills they can now apply in their careers.

The class instructor, Steve Mills, calls Willeto a model student and role model who just needed a “re start” to prepare himself for a promising career. In fact, that career is already getting underway. An employer in Phoenix learned about Willeto’s newly learned skills, his dedication and industry certifications and held a job for him while he finished the IET program!

“I would encourage others to get invol-ved in the IET program, get their GED and turn their lives around,” Willeto says. “NPC is really a great school, and I highly recommend this program to others. Take this program and learn a trade. If I can do it, everybody can do it. A lot of Natives can benefit from this program because it provides a really good opportunity and they should jump on it. There is no cost to the student, it’s all paid for. It’s a great way to prepare for an actual career and earn better pay.” 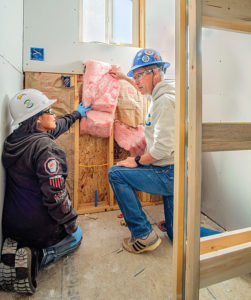 This spring Willeto also became one of the first recipients of the new Jon Graff, Ph.D., Fund Scholarship at NPC. Willeto put the scholarship to good use as he earned the OSHA-10 safety certificate, Arizona Career Readiness Certification credentials and National Center for Construction Education and Research credentials in Core Curriculum and Construction Technology. All highly valued by employers!

Instructor Mills is highly impressed with how hard Willeto has worked in the IET program. “Vaughn has the one thing that will make him successful with whatever he does: work ethic. He attended NPC full-time, worked full-time and still managed to be a family man with the remain-ing time. He used this educational oppor-tunity to attract an outstanding work placement and transform not only his future but his family’s,” Mills says.

Who will be the next “Vaughn Willeto,” the next disadvantaged person in North-eastern Arizona who needs a fresh start in life? It could be you! This great oppor-tunity can serve as a springboard to transforming your life and finding career success! If you want to learn more about NPC’s IET program, contact Gail Camp-bell at (928) 524-7346. She’s accepting applications for the fall 2019 semester. 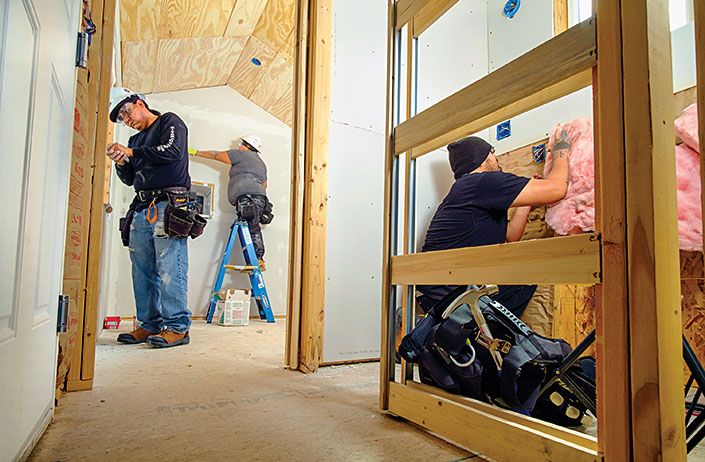