Rising Stars Back to November 2016 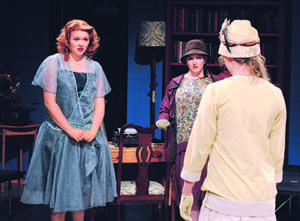 As the house lights dim, adrenaline increases your heart rate. You close your eyes and take a deep breath. Your mind races through the months of line or note memorization, movements, gestures, expressions and stagecraft awaiting the visual clues of a rising curtain and bright stage lights. You are totally immersed in the world you love, performing for others.

David Messer, a second-year student at NPC, has been acting since his junior year at Winslow High School. “I am doing what I love, and an NPC performing arts scholarship is helping to pay for my edu-cation. For me, that’s a win-win,” says Messer. “Performing is a lot of fun for me. There are so many new things to learn and do on stage.” 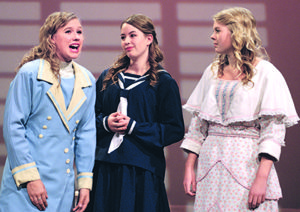 Dr. Michael Solomonson, NPC’s Fine and Performing Arts Department chair, frequently assists area high schools in their stage productions, recruiting talented students to use their acting skills to receive NPC scholarships to help pay for their associate’s degree. “Dr. Mike had come to one of my high school performances and gave me some very helpful suggestions on how I could improve,” recounts Messer. “When he offered me an NPC performing arts scholarship, I quickly accepted.”

Messer had to learn stage fighting, swordplay and firearm safety for his dual roles as Captain Smollett and Black Dog in NPC’s production of “Treasure Island.” His other NPC performances include “The Constant Wife” and “The Spiral Staircase.” David also shared his love of acting with youngsters enrolled in NPC’s two-week summer Children’s Theatre Project production of “Annie.” 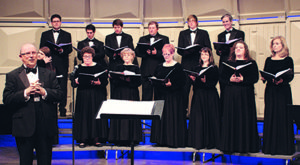 The opportunity to work in costume design and the technical side of theatre first attracted homeschooled Holly Whitmire to the NPC program. She had enrolled at NPC to take a few general education classes and discovered theatre as an avenue for her creative talents. She has served in numerous backstage roles, including costume design, and most recently as the sound and light technician for “Treasure Island.”

“I found myself attracted to acting as well,” Whitmire says. She has appeared on stage in “Brighton Beach Memoirs,” “Lady Windermere’s Fan,” “The Constant Wife” and “The Spiral Staircase.”

Ashley Nudson’s first appearance on the NPC stage was in “Aida,” while she was a senior at Show Low High School. Her other NPC credits include “Lady Windermere’s Fan,” “The Constant Wife” and “The Spiral Staircase.” Also a scholar-ship recipient, Nudson plans to attend a performing arts school “out of state” after completing her NPC degree. 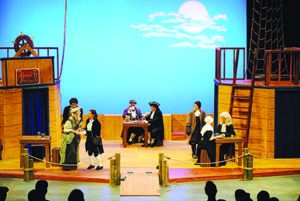 These three representative students have started building an impressive performance résumé while at NPC. “That’s one of the advantages of participating in NPC’s performing arts program, rather than going straight from high school into a university program,” said Solomonson. “In university theatre programs, freshmen are given few acting opportunities, with onstage roles generally favoring juniors and seniors. At NPC, students have the opportunity to perform and work on multiple quality projects. They are exposed to different genres and playwrights, and we’ve produced several world premieres. Students learn all aspects of theatre, from costuming to technical theatre skills of set construction, lighting and sound and stagecraft – skills they’ll be able to apply later in their careers.”

NPC stage productions and students have gained regional accolades, with a
scene from NPC’s production of “Aida” selected for inclusion in the Evening of Invitational Scenes to kick off the annual Kennedy Center American College Theatre regional festival. Several NPC students have been selected to compete for the Irene Ryan Acting Scholarships. The Irene Ryan Foundation awards 16 regional and two national scholarships annually that provide recognition, honor and financial assistance to outstanding student performers.

Adjunct music faculty Scott Gentry exposes students to a fun but serious vocabulary of music. “There is a lot of talent and ability in our communities. I
see NPC as providing an opportunity for high school graduates and adults, whether seeking a degree or just for personal enjoyment, to collaborate with others and share their talents,” adds Gentry.

“People tell me, ‘It has been so long, I can’t sing anymore,’ to which I reply, ‘If you’re speaking to me, you can sing with our groups,’” says Gentry. “Singing can give the serious student a relaxing break from regular classes or an adult the opportunity to get out of the house or the professional a chance to get away from the stress of work and meet new people.” 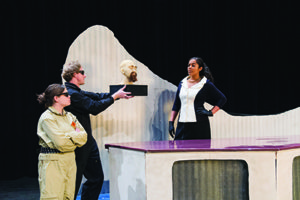 Community outreach through the per-forming arts has been part of NPC since its founding in 1974. Now NPC has its own Performing Arts Center, located on the Snowflake/Taylor campus, with its 270-seat main stage, 50-seat drama lab, and choral and music rehearsal studios. Performances can be done “in the round,” creating an intimacy with the audience not available in larger venues.

“We encourage students and the community to become a part of our programs — whether it is participating on stage; helping with technical, backstage aspects; or attending as an audience member. It’s meant a lot to hear from our audiences about the appreciation they have for our college students and the quality of work they produce. We offer experiences like our Fall Dinner Theatre that we have produced for the past 13 years each November. We enjoy bringing these cultural opportunities to the region and appreciate the local support,” adds Solomonson.

No matter your age or interest, NPC welcomes everyone. Learn more about our program and upcoming shows at