In a time of incredible electronic sophistication, ham radio may have been forgotten by many people, but this form of communication is attracting attention at NPC. Ham radio has been around since the late 19th century, and this spring it became the college’s newest recognized club. 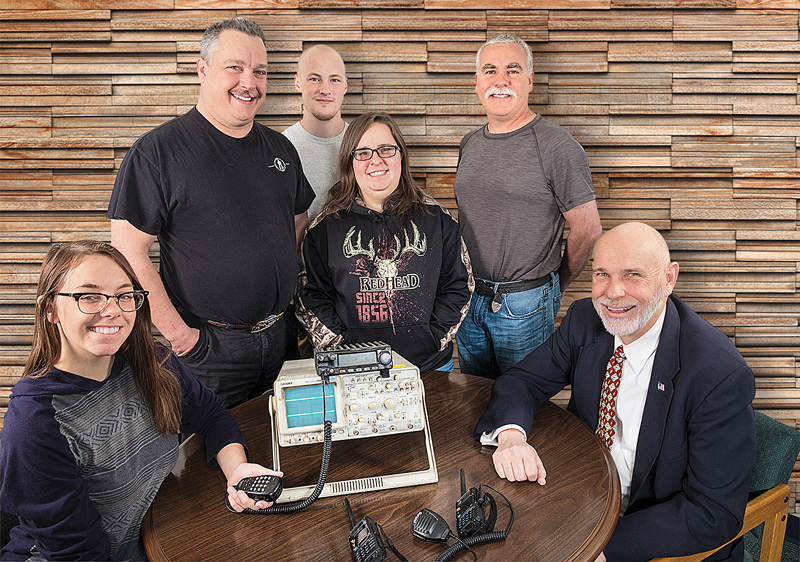 The impetus for the club’s formation came from Bill Bender, an NPC student and the club president. He wrote a composition on ham radio for an assignment in an English class taught by English Professor Kevin Jones. After Jones expressed his interest in ham radio, Bender invited him to attend a meeting of the Kachina Amateur Radio Club of Show Low. Bender suggested starting a club on campus and Professors Jones and Brian Burson, chairman of NPC’s Mathematics and Science Department, both agreed to serve as the club’s faculty advisers.

“I’m an English professor and communication is important to me,” Dr. Jones says. “Ham radio is a nice clean, activity — affordable and family friendly. It’s useful in times of emergency when cell service is shut down.”

Bender has a deeply personal affinity for ham radio. As a youth growing up in California, he and his Boy Scout troop went on a summer camping trip to the Grand Canyon. One day, he was swimming in the Colorado River as a thunderstorm approached the area. The temperature dropped quickly, and he began suffering from hypothermia. The assistant scoutmaster used a ham radio to call for an emergency rescue, saving Bender’s life.

Organizational meetings this semester generated a lot of interest in the club among students and faculty, who’ve set some ambitious goals. They want to raise awareness of licensed radio amateurs in the community through public service demonstrations. The club also aims to provide emergency communications in the event of a natural disaster in the community, assist in the licensing preparation process of non-licensed radio operators and provide NPC campus locations for people to get together to operate over the amateur-designated frequencies.